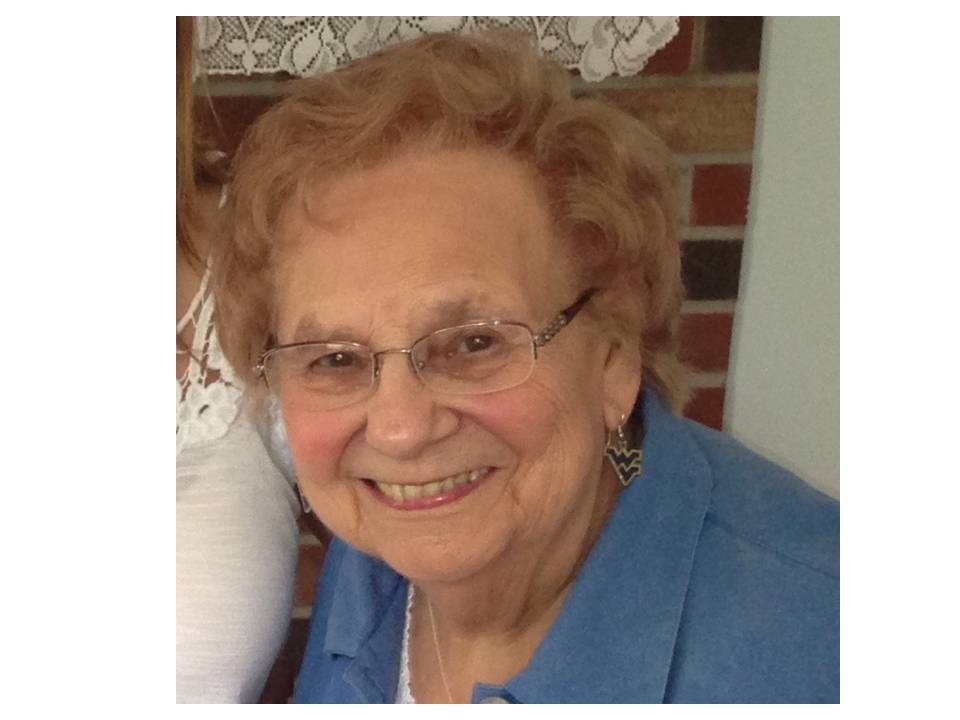 The nearest she flirted with an untruth was to claim that she was 5’2” tall, and the only sign of anger she showed was to emphatically include middle names when calling her four sons: Peter Michael, Patrick Joseph, Philip William, and Paul Kevin.

Pauline graduated from Mannington High School in 1942. During her formative years she attended St. Patrick’s Catholic Church where she received her religious education and sang in the church choir. Pauline earned a B.S. degree in Physical Education from the University of West Virginia and began her career teaching Health and Physical Education at Farmington Grade and High School in Farmington, WV.

Pauline went on to earn a M.S. degree from the University of Wisconsin. It was during her graduate studies in Wisconsin that she met and fell in love with Peter W. Schloss of Esmond, ND.  The two married on June 7, 1949 in Mannington and had four sons.  The family resided first in South Holland, IL, then later in Crete, IL. Pauline and Pete were married sixty years until his death in 2009.

Pauline was extremely proud of her four sons and their many accomplishments.  She had many interests and was passionate about all of them.  She had a strong commitment to her Catholic faith, was passionate about education and was proud of her Lebanese heritage. She loved playing golf, tennis and bridge.  She enjoyed having a good conversation and was always interested in meeting new people.  She never shied away from anyone and loved making a new friend.

Pauline believed education was the pathway to a full and expansive life and shared this philosophy with her students and her sons.  She taught at Thornton High School in Harvey, IL, followed by Thornwood High School in South Holland, IL, where she remained until her retirement.  Over her teaching career she was a supervisor for student teachers, co-chaired the North Central Association Teacher evaluation committee and was a member of the NEA, the IEA and the District 205 Faculty Association.

An active member of her community, Pauline attended St. Boniface Catholic Church in Monee, IL for 40 years where she sang in the choir and served as Eucharistic Minister.  She also served as president for a number of organizations: The Council of Catholic Women where she was honored as Woman of the Year, the Harvey/South Holland Woman’s Club, and the Thornton College Dames Club.  She was active in the General Federation of Women’s Clubs and the Crete Women’s Club where she was also a member of the chorus. In 1963 she received the honor of being named South Suburban Homemaker of the Year.

Pauline was blessed by the devotion of her son extraordinary son Paul who provided her companionship and care in her later years.  Pauline is survived by her sons: Peter, JD(Christine) of Kansas City, MO; Patrick, PhD (Maureen) of Valdosta, GA; Philip, CDR U.S. Navy Ret (Kathy) of Pomona, MO and Paul, EHB of Crete, Il; her sister, Betty Lee (late Samuel) Elliott of Mannington, WV; her brother, Dr. William J. Francis (Arlene) of Leesburg, FL and her sister-in-law, Joanne Hobbs (late Philip) of Chester, WV.  She is also survived by 9 grandchildren, 26 great-grandchildren, many nieces and nephews and the countless friends she made along those 94 years.

Due to the current COIV19 virus situation a private funeral mass and entombment were held on Friday March 27 for family only.  Memorial donations may be made to St. Jude Children’s Hospital at www.stjude.org or Hospice of Calumet at www.hospicecalumet.org. 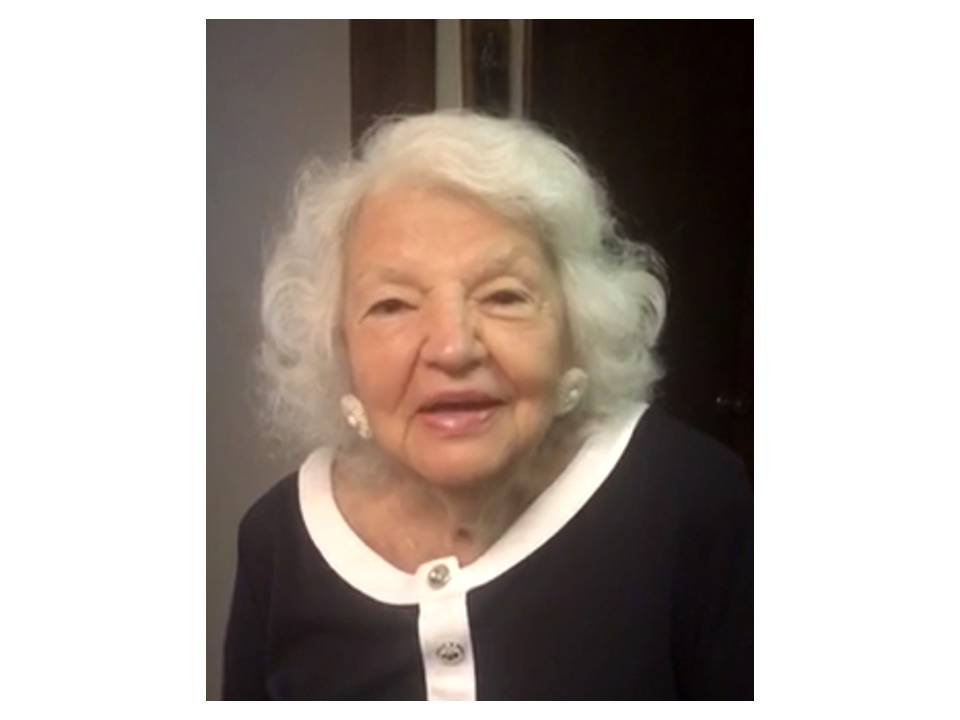 Visitation and Funeral Thursday, March 26th  from 11AM until time of service at 1PM at Kerr-Parzygnot Funeral Home 540 Dixie Hwy. (at Joe Orr Rd.), Chicago Heights, IL 60411. Due to the Coronavirus CDC guidelines, we will allow 10 visitors at a time to visit with the family, practicing social distancing.   Interment:  Holy Sepulchre Cemetery, Alsip, Illinois.  (708) 754-0016.  Celebration of Life will be held at a later date. 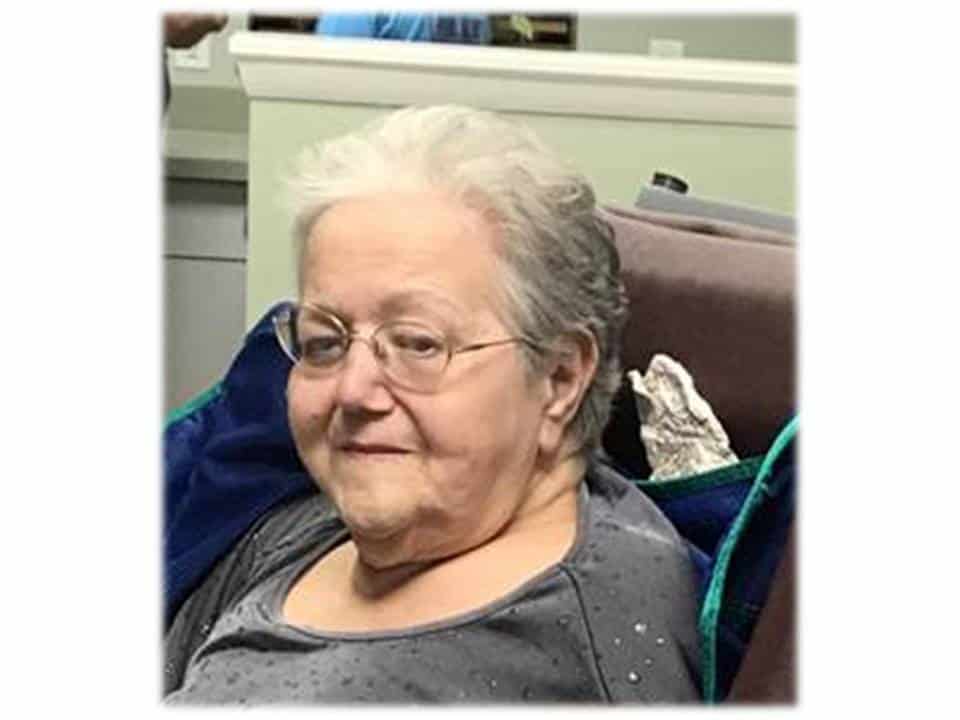 Patricia A. (Wootten) Eskridge, age 75, lifetime resident of Chicago Heights, passed away peacefully surrounded by her family on March 15, 2020.  Patricia was born on October 09, 1944 to the late John & Mary (Gasbarro) Wootten.  She is preceded in death by her loving husband, David and her parents.  She is survived by her dear brother, Daniel (April) Wootten, brother-in-laws Ron Eskridge and Robert (Charlene) Eskridge, her nieces and goddaughters Viann Wootten and Rose (Mario) David, and dear Aunt, Mary Gasbarro.  She was also a beloved Aunt, Great Aunt, and Great Great Aunt to many (with a special thank you to Garry & Stacey Cassady for their help they gave her), her dear cousins, and cherished friends. 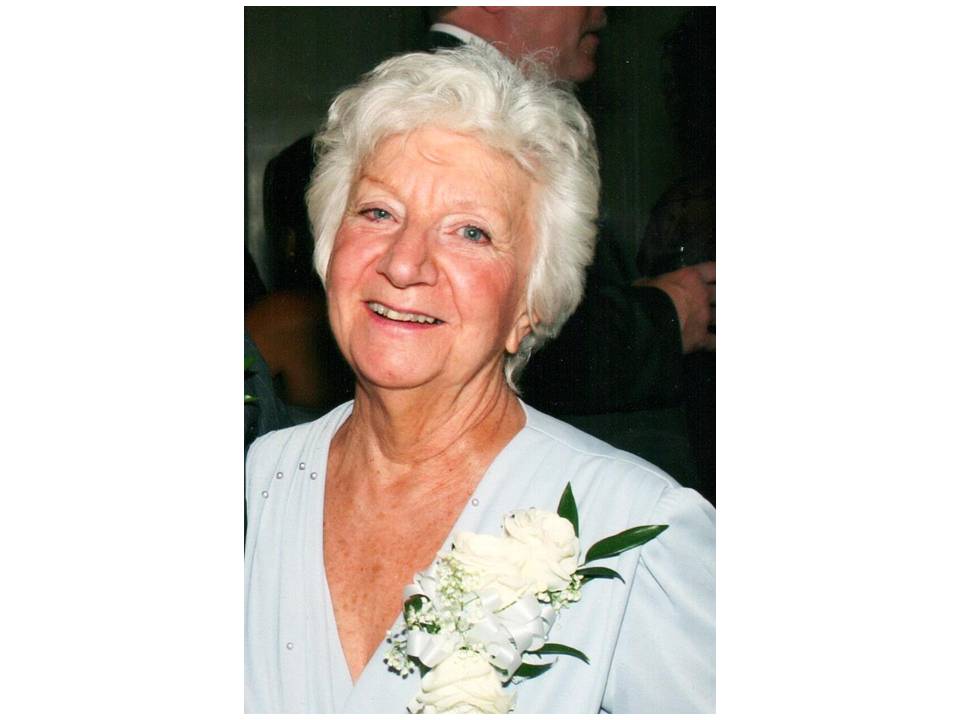 Visitation: Memorial gathering on Sunday, March 15th from 1PM until service at 4pm at the funeral home

Louise A. Stybr age 91 of Steger, Illinois passed away on March 10, 2020.  Beloved wife of 68 years to Cyril.  Loving mother to Robin (Mark) Reinstein. Mona (Mike) Toczylowski and Kim (Leslie) Delya.  Cherished grandmother of 5; great grandmother of 5.  Dear aunt to many. Louise loved reading, watching old-time movies, attending her garden, and cooking for her family. Her biggest passion was spending time with her family, grandchildren and great grandchildren. 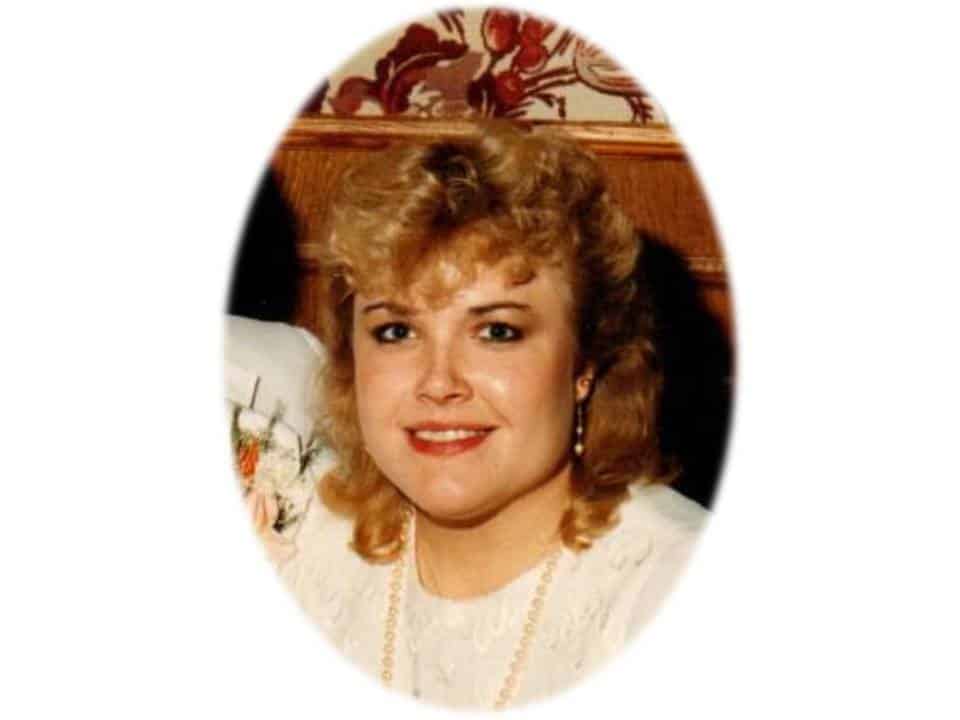 Donna Marie Casey age 58 of Monee, IL, formerly of De Pere, WI, earned her wings and went home to her heavenly father on March 8th, 2020. She always offered a smile and a shoulder for someone to cry on, no matter the situation. Family, friend, or stranger, her heart was open to everyone.

A true Packer fan until the end, she adored watching football games with her nephew Jacob, but only if she wasn’t talking with her mother during Dancing with the Stars.

Donna was a member of Redeemer Lutheran Church, 651 E. 166th Street, South Holland, IL 60473. Donna always had a generous heart, so in lieu of flowers, memorial gifts can be sent to Redeemer, or to any charity that touches your soul.

She will be deeply missed, more than we can say.

If you are attending a wake or funeral, we encourage you to contact us to verify time, location and all services before attending services or visitation. We are dedicated to the highest quality of care for the deceased, with compassion and professional direction for the families we serve. To locate a funeral home, please visit our locations page and click the corresponding website.

On April 18, 2009 we opened Grant Park Funeral Home located at 309 Dixie Highway in Grant Park, Illinois. We are honored to serve the families of Grant Park and surrounding areas.

This beautiful home and property was purchased and then renovated to add a chapel. The rest of the lovely home remains exactly as when it was purchased.

This location is right on the main street of Dixie Highway, making it very easy to find. We offer off street parking, a nice kitchen area and a beautiful sitting room with fireplace. 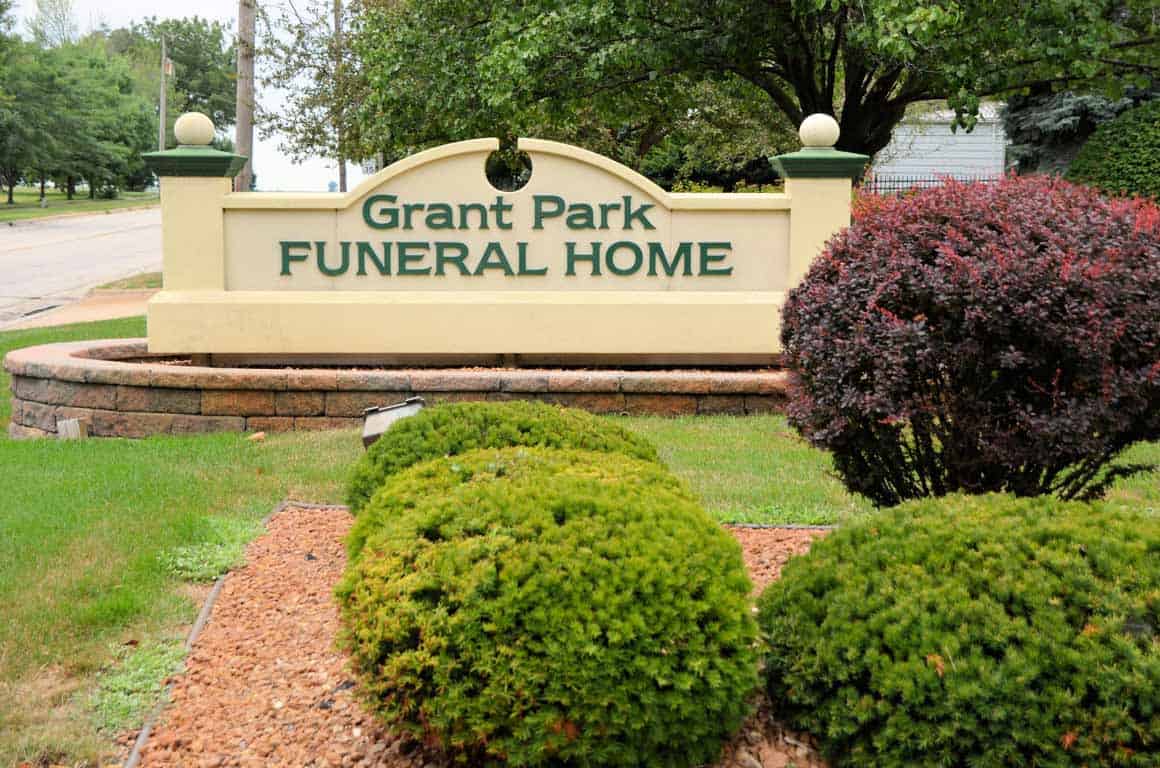 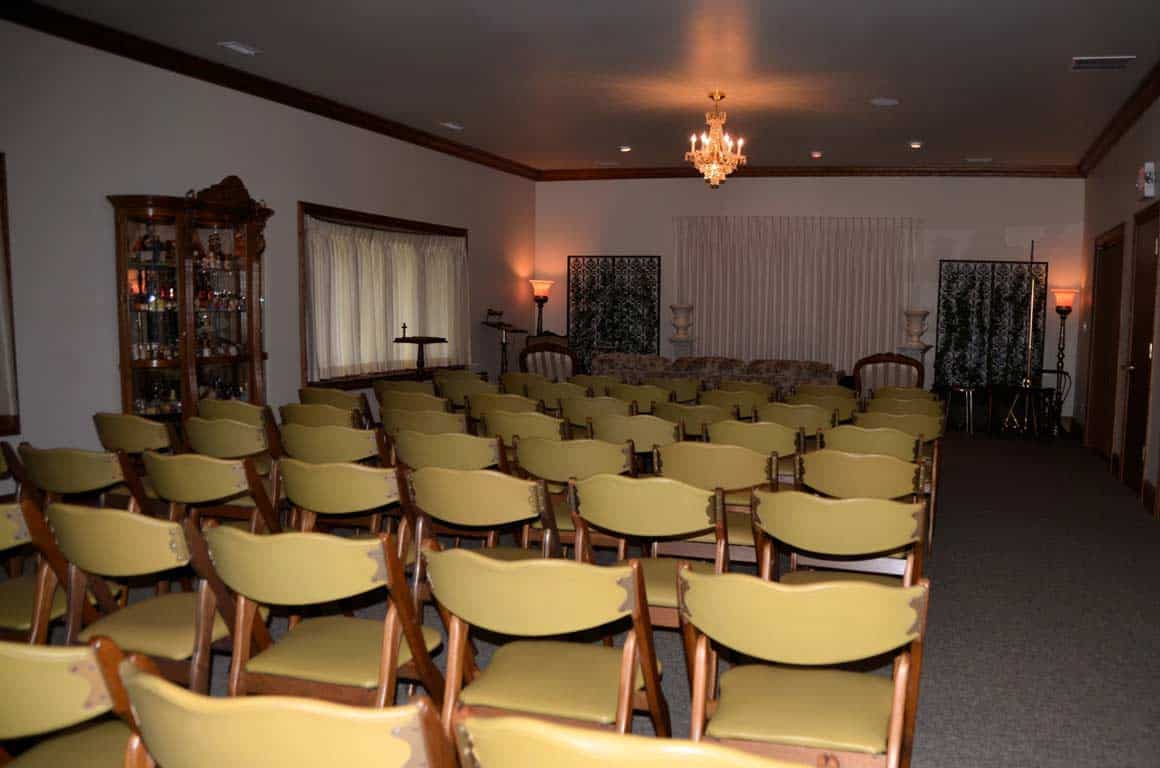 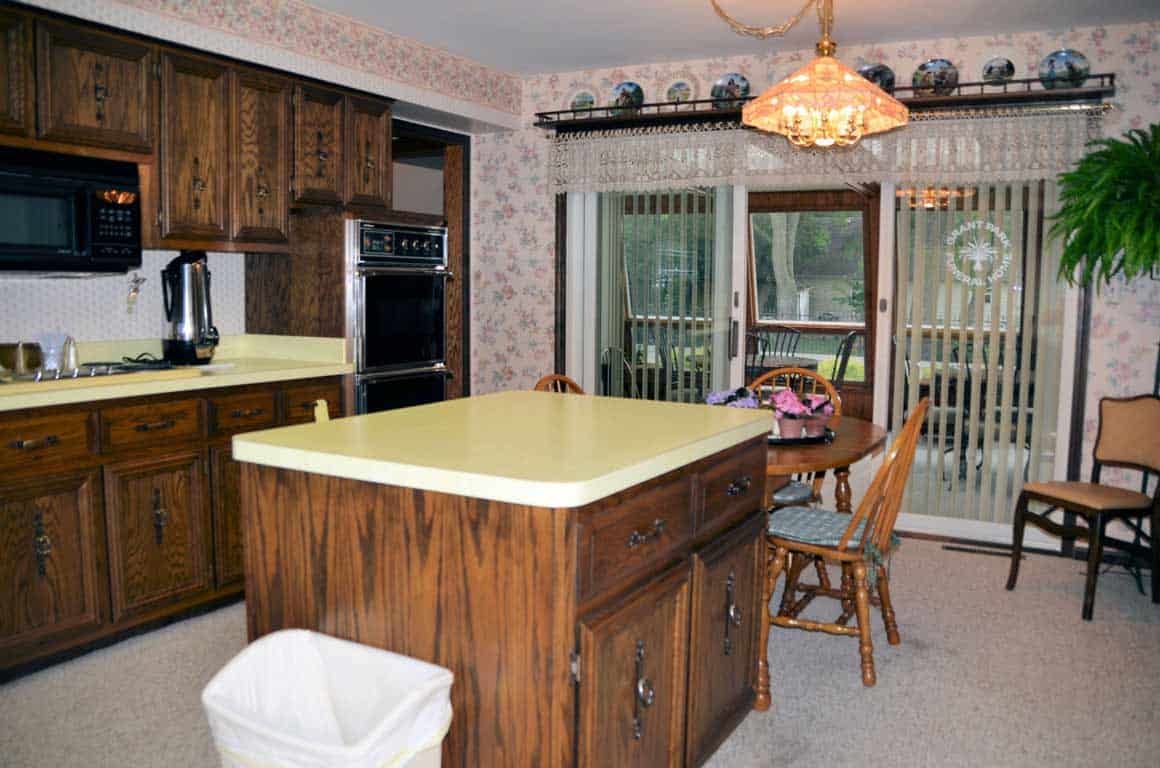 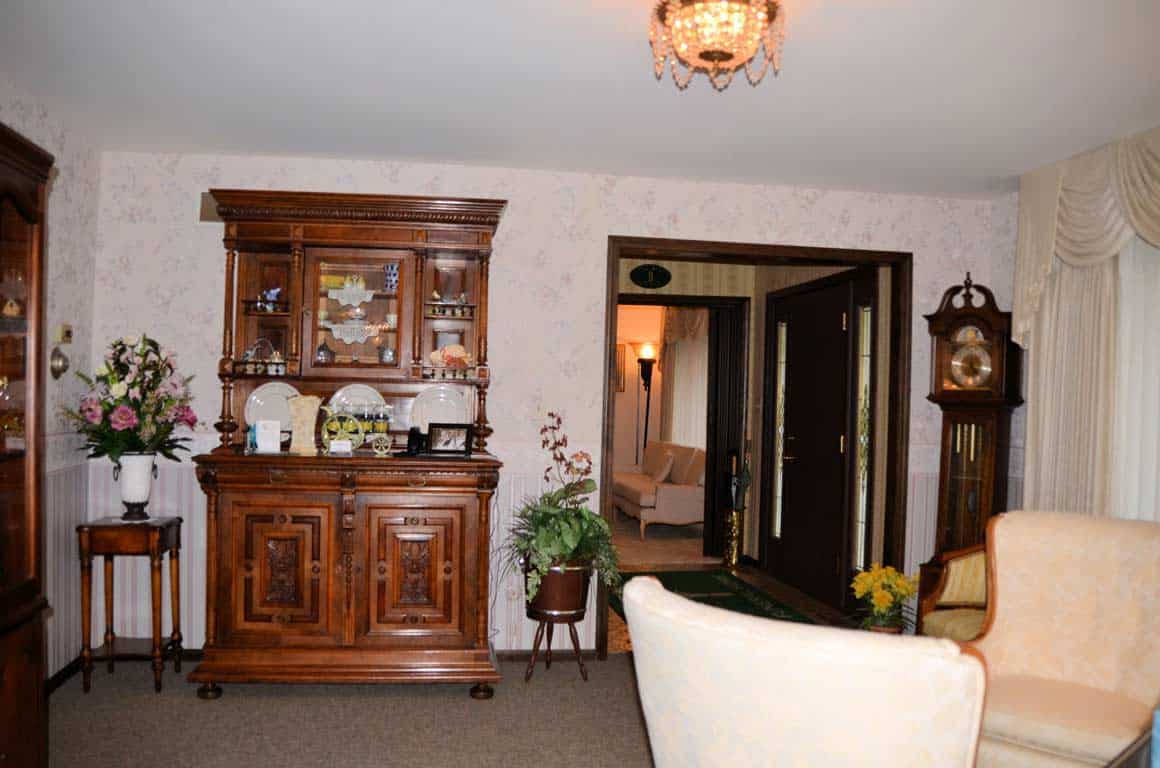 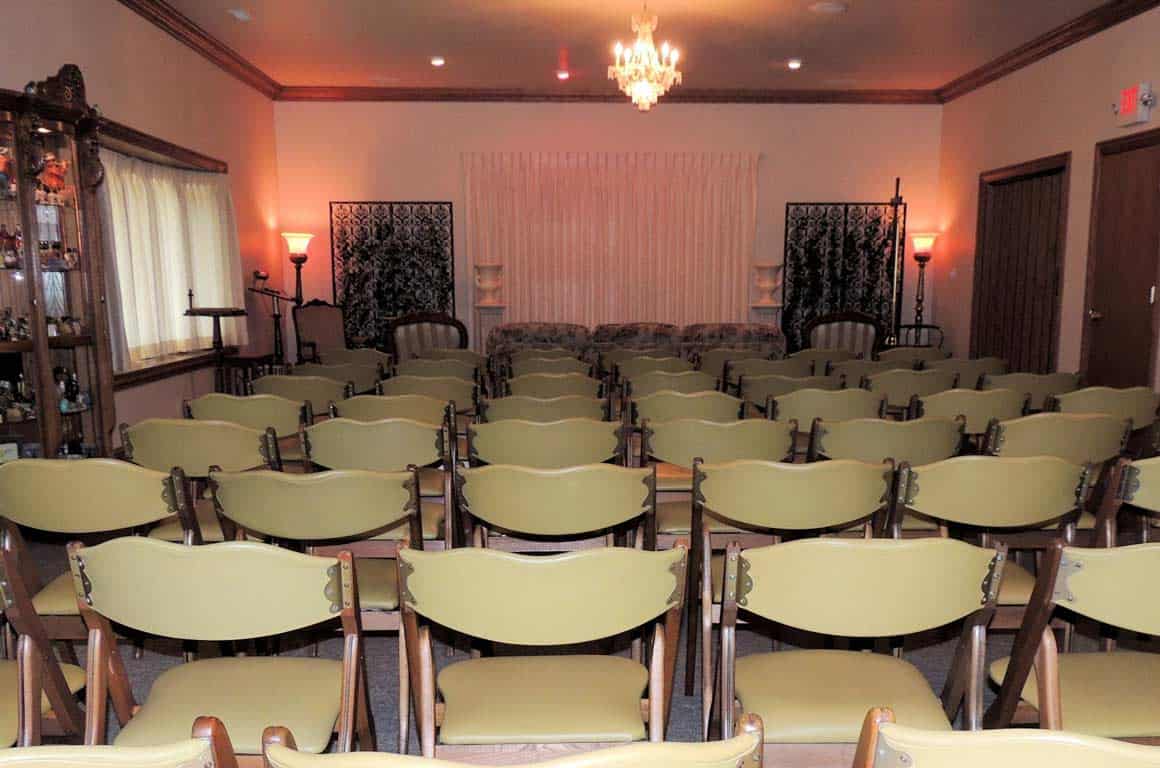